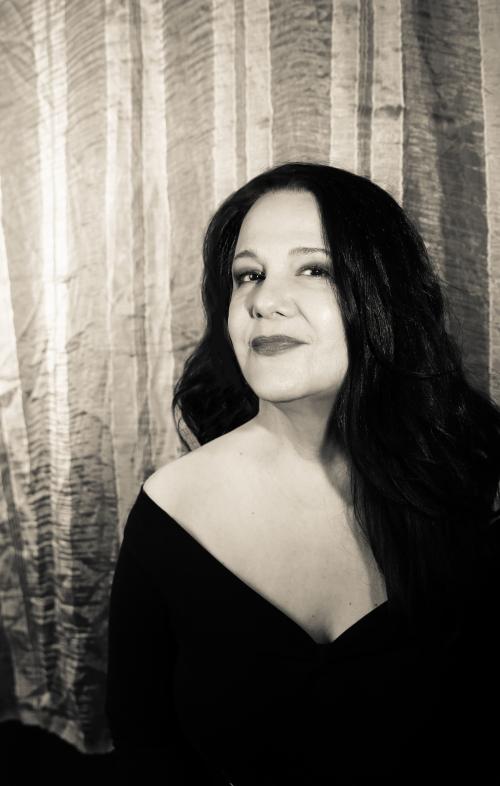 Last October, I received an email from vocalist Vicki Burns:

Hello Marc. I’m not sure if you remember me. I wrote you years ago and asked if you’d consider reviewing a live album I did in 2008, “Vicki Burns: Live at Anna’s Jazz Island.” You wrote back with some excellent advice that I took to heart. You said I had a great voice but the standards I was singing were really over done and that I needed to find new material. For the last few years, I gave what you said a lot of thought and worked hard on my new album, “Lotus Blossom Days.” 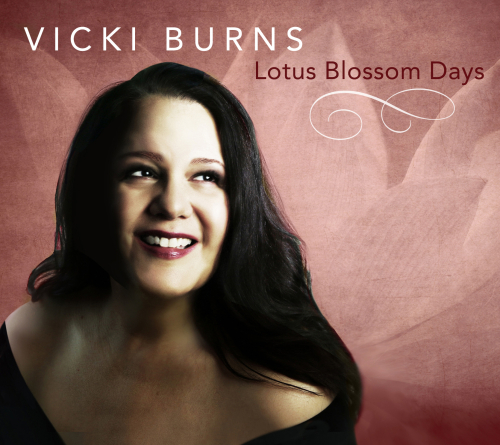 I gave a listen to Vicki’s new album, out today, and she indeed sounded much stronger and wiser. A number of songs on her new album are jazz instrumentals with lyrics added. There also are two originals mixed in, along with a few standards with terrific arrangements by her bassist, Sam Bevan. The album also features pianist Art Hirahara, who has accompanied singers such as Stacey Kent and Karrin Allyson, and drummer Billy Drummond. Special guests on tracks include saxophonist Dayna Stephens, trumpeter Josh Deutsch, flutist and baritone saxophonist Mas Koga and trombonist Nick Vayenas.

Vicki’s voice on Lotus Blossom Days is warm and round, sophisticated and optimism with shades of blue. Further proof that hunting down new songs and making them your own can up your game and have a big payoff. Vicki even took on singer Tessa Souter’s You Don’t Have to Believe. And oh what she did with Bittersweet. Wow, I only wish Strayhorn was still with us today to give a listen. Vicki is also quite the scatter, as evidenced on Lee Morgan’s Sidewinder and John Coltrane’s Equinox.

Here’s the list of songs and songwriters on Lotus Blossom Days, with the composer’s name first and lyricist following:

I caught up with Vicki recently for an e-interview: 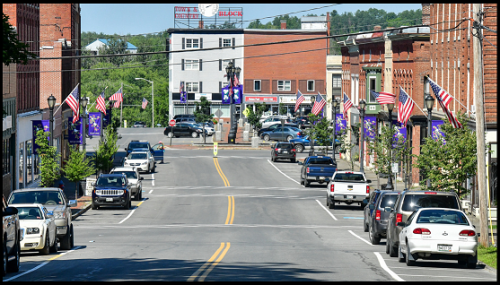 JazzWax: Where did you grow up?
Vicki Burns: In Houlton, Maine (above), a small town in Aroostook County that’s about five miles from the Canadian border. The population when I grew up there was around 2,000. My father taught English at nearby Ricker College, where my mom decided to get her undergraduate degree in English and psychology. And yes, she had my dad for a professor. He was super hard on her to make up for the fact that they were married.

JW: When did your parents marry?
VB: They met when my mom was 15 and my dad was 17, and they married at ages 19 and 21. They were academics. In addition to being a professor, my dad was a published poet who also had a strong theater background. He died in 2009. My mom became a psychotherapist. They both had PhD’s. I have a younger brother, Cory who is a French scholar with a PhD in French literature with an emphasis in Quebec drama. I’m the only one in my immediate family with a mere masters, in improvised music.

JW: Was it cold up there in the winter?
VB: Really cold. Our town was always tied for the coldest place in the continental US with some Minnesota town. Back then, 7-foot snow drifts were common, with temperatures dropping as low as 45-degrees below zero. I hated Houlton. I was a sensitive, introspective kid and wasn’t the type who fit in there. In our neighborhood, the houses were fairly close together, but I had few friends and spent much of my time alone in nature. I also read and listened to music constantly. We frequently crossed over the Canadian border to New Brunswick.

JW: Tough being isolated?
VB: It was. I was very lonely growing up and often cold. The frost would start in late August, and the winter snow didn’t fully melt until April. Sometimes you can find patches of snow in the woods in May. Now, with global warming, I hear it’s less frigid.

JW: When did performing start for you?
VB: Dance lessons began at age 7 at the Royal Canadian Ballet Company school in Woodstock, New Brunswick. My first real performance came after just a few months of lessons on a TV show in Saint John, New Brunswick, called Miss Ann’s Place. I wore a very short silver dress and a red, white and blue top with white go-go boots that were actually leggings over tap shoes. Since our group was comprised mostly of Americans, we tapped to Yankee Doodle Dandy. After the show, I remember we stopped at a Chinese restaurant in Woodstock. It was my first experience with Chinese food and I loved it.

JW: When did you start singing and who introduced you to jazz?
VB: I started singing at age 6, when I decided I was going to be a singer. I’m not sure why I started to sing, but it may have been a way to ease my loneliness. I remember vocalist Sheila Jordan talking about singing as a way to keep her mind occupied as she walked a long distance each day to school. That image resonated with me.

JW: Really? At 6? Most people barely remember being 6. You sure about the age?
VB: Oh, absolutely. I remember the moment. It was an overcast, cold winter day. I was outside playing alone in the snow. As it became dark, I decided it was time to go in. I remember walking across our porch in my snow suit and the swishy sound it made as I walked. Inside, I took off my suit and mittens and put the mittens on the radiator. The mittens produced a hissing sound as the snow melted. It was a very quiet moment except for those sounds. That’s when it dawned on me that I was going to be a singer when I grew up and that I needed piano lessons. I am not sure how I knew that at such a young age, but I did. 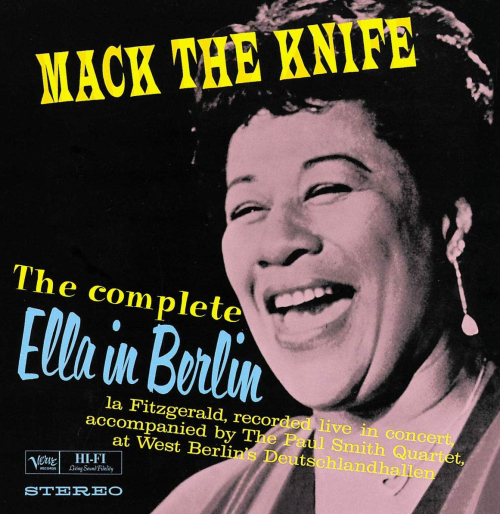 JW: Did your parents sing?
VB: My mother didn’t sing much, but my father did. He had a beautiful voice and sang a lot, everything from songs by the Beatles and the Doors to Frank Sinatra. My father was a huge jazz fan and turned me on to Ella Fitzgerald when I was 15, after I came in second in a state singing competition. He challenged me to learn to scat and I accepted. My appreciation for Ella led to my dad sharing his records by Billie Holiday, Sarah Vaughan and Anita O’Day. I took guitar lessons after I begged for piano lessons to no avail. 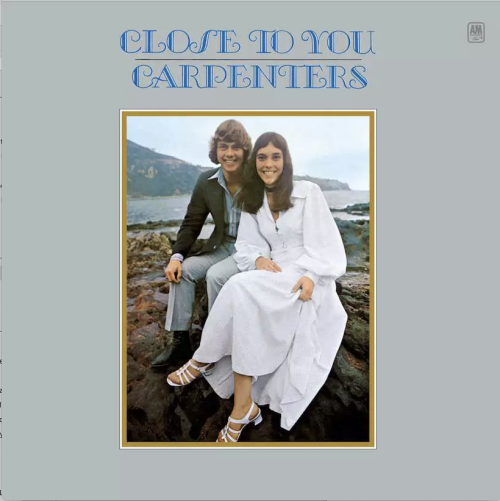 JW: When did you decide to sing professionally?
VB: My first paying job was singing. I was in high school and sang with Ram and Company, a rock and pop group. They played weddings and private events mostly, and we covered pop music of the day. I sang lots of Linda Ronstadt tunes, hits by Captain & Tennille and the Carpenters and some early rock ‘n’ roll. We even performed old tunes from the ’40s. While singing in this band, I first heard some beautiful standards, such as The Nearness of You and Someone to Watch Over Me. when we had a guest artist play our New Year’s Eve gig one year. Her name was Barbara London and she’s a wonderful jazz flutist and singer.

JW: Did you go to music school?
VB: Barbara encouraged me to apply to the University of New Hampshire because of their highly regarded jazz big band. I wanted to continue singing after high school, but my parents insisted I go to college for music. I was accepted at UNH and majored in classical performance. in college between 1979 and 1983, I sang with the Clayton Poole Orchestra and Spectrum Jazz, a smaller ensemble that featured Eugene Uman, now the director of the Vermont Jazz Center.

JW: Did your parents grow nervous as music became a career move for you?
VB: No. They didn’t even beg me to have a back-up plan because they realized their efforts would be futile. My teaching experience started after I graduated, when I gave lessons privately. I continue to give lessons today. 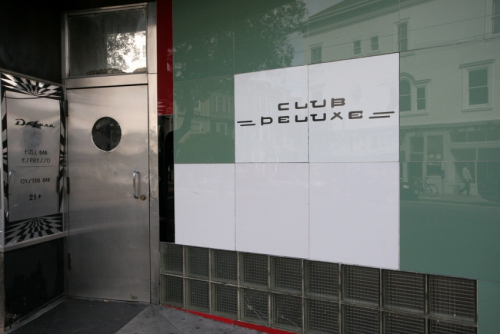 JW: Were your graduate studies at San Jose State University a turning point?
VB: SJSU was less of a turning point and more of a confirmation that I was on the right path. While there, I found some great local musicians, including Smith Dobson, who became an important mentor. I’m still in touch with his wife, Gail, and with his kids—Sasha, a successful singer in New York, and Smith, a saxophonist who was in my band in San Francisco. I will be playing with him in September at Club Deluxe in San Francisco. I’m excited to share the stage with him again. 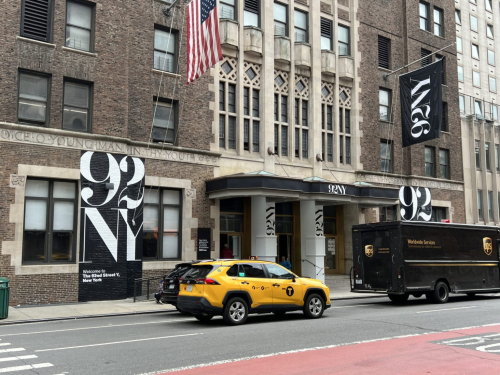 JW: You also teach classes in New York?
VB:Yes, at 92 NY. My students are truly amazing. Some of them have been accepted at prestigious schools in the New York City area. I definitely feel that anyone can be taught to sing better. I have witness this countless times over the years.

JW: What’s different about your new album, Lotus Blossom Days.
VB: I wrote the words and music for two originals—Love Spell and Siren Song, which I re-recorded for this album using a new arrangement written by Sam. For my first album, Siren Song (2002), I sang Miles Davis’s So What?, Charlie Haden’s Here’s Looking At You and McCoy Tyner’s Contemplation. I listened to the melody over and over and allowed it to dictate the lyrics and the story. 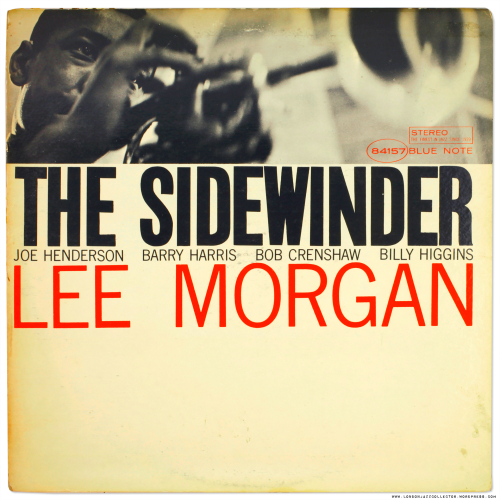 JW: How do you hunt for lesser-known songs?
VB: I think there are many undiscovered gems in the America songbook. I love finding them. I think there needs to be a balance for me, anyway. I love jazz instrumentals from the late 1950s, especially when there are excellent possibilities for adding lyrics to them.

JW: A big change for you?
VB: For a long time, I was stuck on much gloomier, more introspective tunes. I still love them, but I’m finding more reasons to be happy singing these days. As for the jazz instrumentals, they are by artists I love, so I find myself wanting to sing their music. Sidewinder has lyrics by my friend and former student voice Mary Ellen Donald. She started singing at age 67 and is quite good! One of the primary motivations for my new album was to explore this concept. As for finding new songs, I am always on the hunt and sometimes wonderful instrumentalists point me in the right direction. For example, guitarist Russell Malone suggested I learn the underdone Haunted Heart, which will be on my next album.

JW: What do you love most about your group on the new album?
VB: Everything. I carefully chose almost every “voice” in my band and I worked-shopped the album’s music with my core duo of Art Hirahara and Sam Bevan to develop a collective sound and an organic approach to the arrangements, many of which were by Sam. I love Billy Drummond’s tonal approach to the drums, and his time was out of this world to work with. I’ve known and loved Dayna as a musician and friend for years. Likewise Mas Koga, who went to school with me at SJSU. I fell in love with Josh Deutsch’s sound at a jam session. Nick Vayenas on trombone was a new voice for me, but Sam chose him carefully to blend, and I think he sounds wonderful. 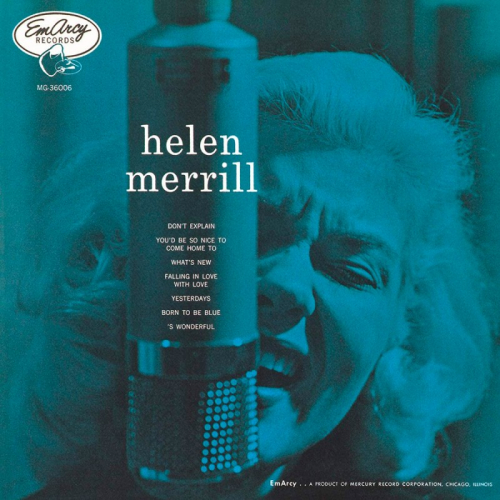