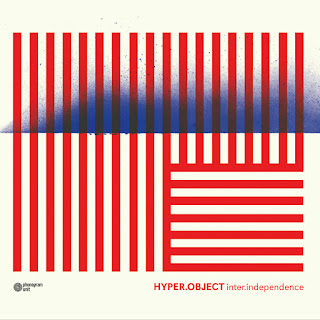 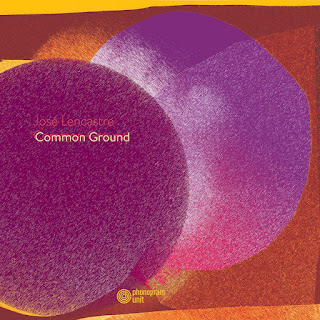 Phonogram Unit is a Lisbon musicians’ label that over the past two years has released a series of often brilliant recordings, notable for their thoughtful conception, recording quality and design as well as frequently excellent musical results. The two latest releases from the label present special groups, both cross-generational, taking what may be diametrically opposed approaches to collective improvisation, one simultaneous, the other synchronous.

Improvised music, improvised life, perhaps our zone, is always the other, the unpredictable, the other side, the dimension where we know all our assumptions – values, methods – to be tentative, provisional, hearsay, perhaps even a myth or delusion. Is improvised music predicated on empathy, inclusion, sensitivity, to the exclusion of the assertive, the egocentric, the aggressive? I don’t think so. I hear improvised music that might take up either side of the argument, knowing that an outlaw biker gang from an imaginary Texas is likely more spontaneous than an émigré ensemble of sand-painting monks from a hypothetical Tibet, even if the results of the former are unimpressive, the latter (a covenant with the mysteries of order and the transitory) astonishing, and however you might find them.

Fortunately, there are no putative biker-gangs of improvised music here (for North American symphonies of air-horns, revving diesels and gunfire, check news of convoys, bring ear plugs), but hyper.object makes a special argument, an irresistible one in this case, for a certain sensitive solipsism or, conversely, a larger collectivism that insists on our connectedness whether we participate consciously or not, extending to the consciousness of objects. It’s wise enough to know that there’s more than one path to the spontaneous, more than one reading of its messages.

Hyper.object was formed in 2019 and consist of pianist Rodrigo Pinheiro, bassist Hernâni Faustino, electronic musician Carlos Santos, trumpeter João Almeida and drummer João Valinho, rehearsing frequently just prior to the pandemic lockdown. During a brief interlude in September 2020, they gathered to record inter.independence, a recording that intriguingly reflects the experience of isolation. Pinheiro remarks on the bandcamp page:

“On inter.independence the premise defined for the recording session was, beside all musicians having complete freedom to improvise and to choose their musical ideas, there should be an active focus for each one to develop their ideas individually and not immediately react or engage in direct dialog with the other musicians from the group. What was being experimented was the creation of several individual and independent layers that would interact organically, so that the tension would arise by the textures and the expected and unexpected interactions created between these different layers that each musician was taking care of.”

Whether or not they articulate their premises, most improvising groups seem to develop a certain collective mindset, including disruptive as well as complementary practices, in the interest of both change or continuity. Free improvisation inevitably reflects a philosophical point of view, whether favoring the empathetic, the random or the confrontational. Here the chosen emphasis on individual concentration suggests a simultaneity of individual progressions, a sense of the continuum that is shared, whether or not individual lines are intended to necessarily reference one another.

There are wonders here. If Pinheiro and Almeida are often the central voices, each has a certain interest in the development of the micro-phrase, a few varied notes, a rhythmic-melodic pattern, repeated and incrementally. The myriad ways in which these might align become an orchestral micro-structure, like two interlocking serial patterns, so that a work like “Glue” achieves the structural clarity and precision of…well, Webern. Faustino can perform miracles with a few lower-register notes; Valhino’s spare percussion may comment only on itself, and in so doing connects everything; Santos’ advanced electronic input may involve only itself as well, may blur into piano or bass, or may drift absent-mindedly toward a star map or a circuit diagram, and in so doing carry out the listener’s entire experience in that direction, toward a music that is an independent organism.

There are mysteries here, infinitely variable diagrams of five minds in a studio together that will connect with one another’s, and a listener’s, paths, but whether the patterns are intimately conjoined or arbitrary is utterly beside the point of the collective act and the experience of hearing. Their ultimate architecture may belong to the likely proximity of pitched instruments versus the compound, unpitched sounds, but all of that is speculative, beyond the strange intimacy of this music, its proximities and distances. The wonder is in its accessibility to assemblage, its avoidance of so much improvised music that rests on the anticipation and amplification of other musicians’ individual gestures, turning improvisation into the worst sort of therapy-group or composition. Paul Acquaro recently reviewed another recording here that similarly depended on the musicians not listening to each other, At One Time by Henry Kaiser, John Oswald and Paul Plimley. Inter.independence
joins it among the year’s most engaging and illuminating recordings.

Saxophonist José Lencastre’s Common Ground (it may be both album title and band name) is a similarly multi-generational quintet, but with an avowedly different aim: “the musicians are looking to find unity in language and sound within their different approaches and backgrounds.”

I am always slightly astonished when a five-member band that includes a saxophone, a drum kit and a grand and/or electric piano conjoined with a violin and a string bass manages to interact constantly, quietly and subtly, but Common Ground, true to Its name, manages to do just that, the result of numerous choices, individual and collective, including Lencastre bringing his alto rather than his tenor, pianist Clara Lai playing pianos in a way that is almost miraculously subtle and elusive, and drummer João Sousa largely Avoiding rolls and, even more so, cymbals, which can eat the high frequencies of other instruments and bury the leftovers. Violinist Carlos Zingaro and bassist Gonçalo Almeida are both masters of presence, and all are aided by Namouche Studios’s acoustics and master engineer Joaquim Monte who has sensitively recorded hundreds of sessions of free improvisation. He is a crucial and essential member of the Lisbon free music scene that has exploded in the past 20 years.

Common Ground’s achievement is one of transparency, evident everywhere here most stunningly when it combines with tremendous lyric intensity, a longing toward expression. It can be heard from the outset in the alien, quavering, bowed pitches of Zingaro and Almeida, dovetailing with Lencastre’s pure alto tones on “Revolutionary Periods”, in the highly selective placement of Lai’s electric piano tones on “Unbroken Flow”, and the entire group’s passionate and somehow quiet momentum climaxing in the extraordinary keening, lyric, turbulent forward movement of the final “Common Ground” (it’s also a track title), achieving a kind of romantic tension that can rival Scriabin.

As different as each of these sessions is, each reflects the collective genius of Lisbon’s rich free improvisation scene and its musicians, some of whom here find radically different ways to collectively realize music of the first order, inviting the present to recognize its own futurity.