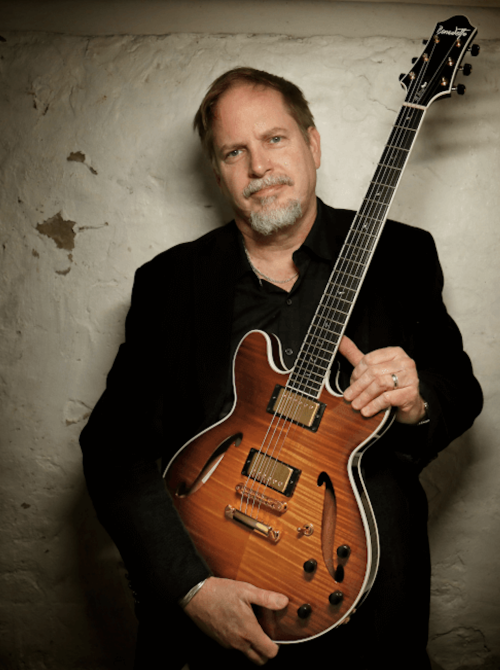 If there was an up side to the pre-vaccine pandemic of 2020-2021, it’s that creative artists had solitary time to think about the road forward. For guitarist Dave Stryker, that period of confinement resulted in As We Are (Strikezone), a fascinating new album recorded in January 2022, featuring a jazz quartet backed by an inventive string quartet. [Photo above of Dave Stryker] 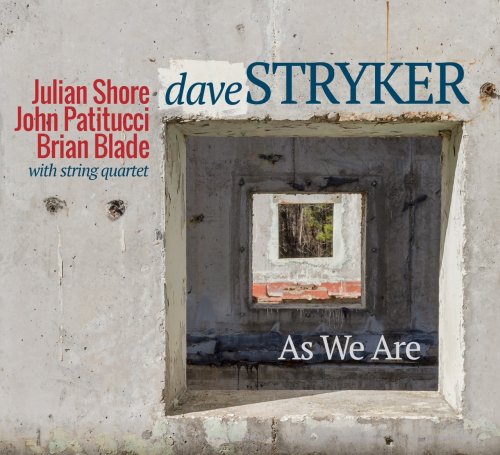 The group includes Dave Stryker on guitar, Julian Shore on piano, John Patitucci on bass, Brian Blade on drums, Sara Caswell on violin (with solos on tracks 3 and 9), Monica K.Davis on violin, Benni von Gutzeit on viola and Marika Hughes on cello. The strings were arranged by Julian Shore. Seven of the nine tracks are by Dave, while One Thing at a Time is by Julian and River Man is by Nick Drake. It’s one of the most fascinating jazz guitar albums of the year.

The music is moving, wistful and moody, with a fusion feel. Rather than simply provide a lush backdrop for the jazz ensemble, the strings play a conversational role, not only setting the tone but also interacting as partners. If you’re in New York between July 5 and 9, all eight musicians on the album will be performing at Birdland on the 7th, 8th and 9th. Just one of the string players will be there for July 5 and 6 (for Birdland information, go here).

Before you read the interview, here’s Dave’s Saudade from his new album As You Are. Absolutely gorgeous…

Recently, I caught up with Dave for an email interview: 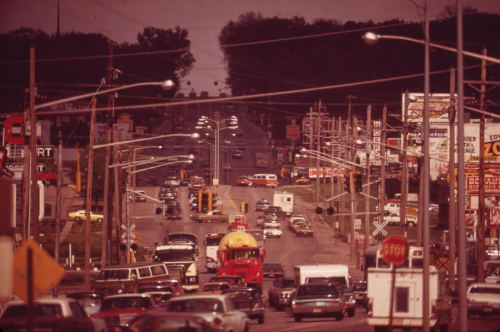 JazzWax: What was it like growing up in Omaha in the late 1960s and ’70s?
Dave Stryker: I grew up in West Omaha. It was a great. I have a brother and two sisters, and I’m the second oldest. My father was an emergency room doctor in the local hospital. My mom was a homemaker who took care of us. [Photo of Omaha in 1973] JW: How did you become passionate about music?
DS: My family wasn’t that musical, though my dad sang in a barbershop quartet. My older sister, Cindy, had a turntable and would play 45s by the Beatles, the Rolling Stones and other ’60s groups. That’s how I was introduced to rock and the sound of the electric guitar. I started taking guitar lessons when I was 10. Impressed with my progress, my dad bought me a Fender Jazzmaster guitar when I was 12. I soon started a band, the Glass Menagerie. We rehearsed in our basement and garage. I learned hit songs off the records. I was hooked on music early on and just stayed with it. When I was 15, Dad bought me a black Les Paul Custom. 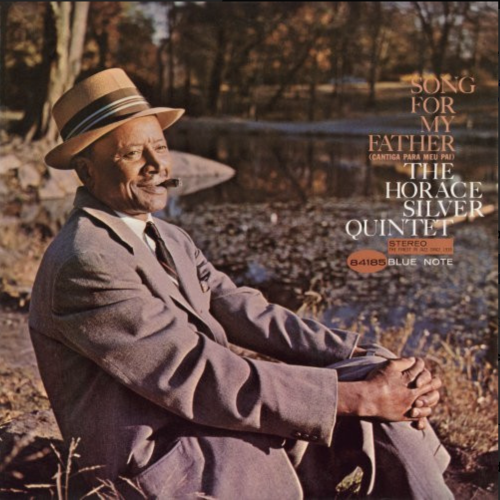 JW: When did you learn to play jazz?
DS: In high school, I played in a band called Eclipse, which we soon changed to Bourbon Street. We worked a lot and covered songs by Santana and the Allman Brothers Band—the bluesier stuff. That led to stretching out and improvising a little more. I went to a jam session at the local musicians’ union hall. The older musicians there were playing Horace Silver’s Song for my Father. I got up and started ripping my rock licks. One of the older guys said, “You can’t be playing that rock stuf. This is jazz!” 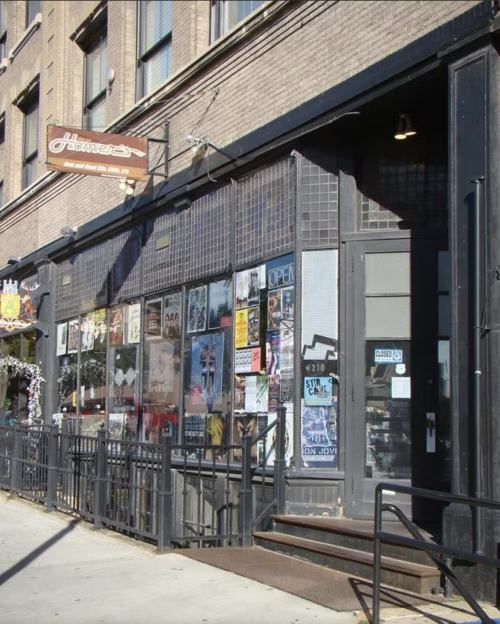 JW: What did you do?
DS: The next day I went to Homer’s Music and asked for the jazz section. After spending some time running through the bins, I left with John Coltrane’s My Favorite Things and George Benson’s Beyond the Blue Horizon on CTI. After that I was hooked.

JW: How did you learn to play?
DS: A local sax player named Bobby Thompson took me under his wing, and I started learning standards. The guys in my band, Bourbon Street, and I would learn tunes and jam. We soon started a steady jazz gig at the local Hilton, playing six nights a week, four sets a night over a period of six weeks. We were a quintet featuring guitar, tenor saxophone, piano, bass and drums. The first two sets would be standards and the last two would be Top 40. So I was getting a lot of on-the-job experience. I also played on Tuesdays at the union-hall jazz jam with my own group. JW: How did you learn the feel?
DS: Mostly by listening to records. My guitar heroes were Wes Montgomery, Grant Green, Pat Martino, George Benson and Jim Hall. Jazz heroes were Miles Davis, Coltrane and Sonny Rollins. I loved it all. I also went to a Jamey Aebersold camp when I was 18 at Wichita State University. Tenor saxophonist Joe Henderson was my combo teacher. Jamey has been running jazz camps every summer all over the US and around the world since the early ’70s. I’ve been teaching at them for the last 20 years at Univ of Lousiville, where Jamey has lived for the last 30 years or so. 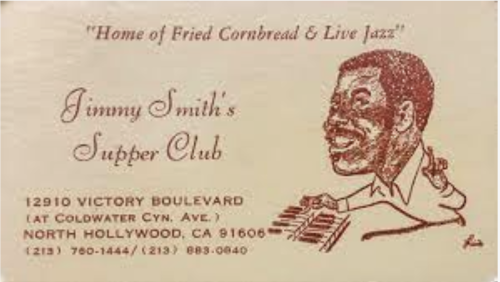 JW: When did you leave West Omaha?
DS: In 1978, I moved to Los Angeles. There were a couple of great musicians from Omaha living there then—Billy Rogers and John Maller. I spent a couple years there. I went to the Monday night jam session at Jimmy Smith’s Supper Club in North Hollywood opened by the organist and his wife, Lola, in 1976. There, I met organist “Brother” Jack McDuff. He told me to look him up when I came to New York. 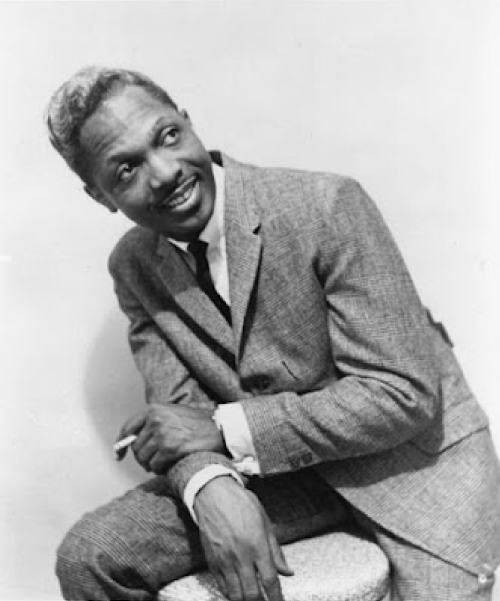 JW: When did you move to New York?
DS: In 1980. I sat in with Jack at the Lickity Split Lounge in Harlem and ended up playing with him for two years, from 1984 to 1985. When we weren’t on the road, Jack had a steady three-night gig at Dude’s Lounge in Harlem. A lot of great musicians came through there, like Jimmy Smith, George Benson, Lou Donaldson, Dr. Lonnie Smith and Stanley and Tommy Turrentine. That’s where I met Stanley. I wound up subbing on Stanley’s gig. After, he offered me a job playing with him. I worked with Stanley for about 10 years, from 1986 to his last week at the Blue Note in 2000. After that Saturday night show, he passed away the next day. [Photo above of “Brother” Jack McDuff] 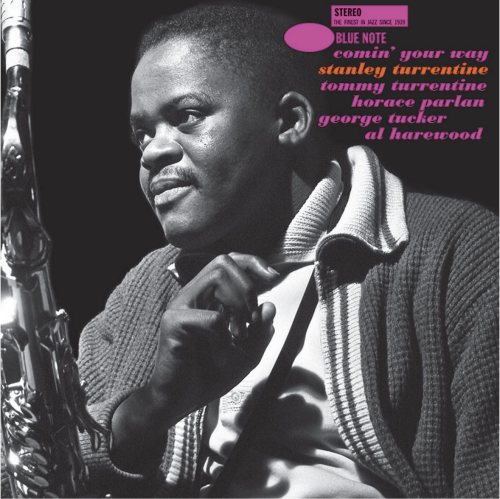 JW: Did working with McDuff and Turrentine help shape you?
DS: It was a great learning experience playing with greats like Jack and Stanley. Having to follow their solos on the bandstand really forced you to up your game. Stanley could tell in three notes where you were at in terms of your game, and his time and sound and soul were so heavy that it was inspiring to be on the bandstand with him. I recorded with him and his working band in 1995 on T Time. Kenny Drew Jr was the pianist. What a great player he was.

JW: Once you decided you needed your own sound on the guitar, how did you go about developing it?
DS: I think one’s own sound is something that every musician has in them. Working with people like Stanley Turrentine made me realize how important it is to have your own sound. It’s something all musicians strive for. My sound is a result of listening to the greats when I was learning, and the life experiences I’ve had, the dues paid, and the greats I’ve gotten to play with. I’ve also had a chance to record a lot of records and develop. So hopefully by this point, I have my own sound that people can recognize.

JW: How did your new album, As We Are, come about? Why a string quartet?
DS: It’s a project I’ve always wanted to do. When the pandemic hit in 2020, I had more alone time to think, since gigs and tours were canceled. I called Julian Shore, a pianist I first met when he was 14 and a student of mine at the Litchfield Jazz Camp in Connecticut. I’d heard some string writing he’d done so I asked if he would like to collaborate. I started writing some new music and sent it to him, asking him to put his thing on it. He would demo his string arrangements and they were beautiful. I was so inspired I decided to call two of the greatest—bassist John Patitucci and drummer Brian Blade. Julian, John, Brian and I recorded first because I wanted to get the interaction of the small group. Then we added the string quartet the following week. I feel it is one of the best things I’ve done, and I’m really proud of it. I look forward to playing at New York’s Birdland from July 5 to 9 with the band and string players from the record. On July 5 and 6, Dave’s rhythm quartet will be backed by violinist Sara Caswell. On July 7, 8 and 9, the rhythm quartet will be backed by the full string quartet [Photo above of the rhythm and strings sections on Dave Stryker’s new album] 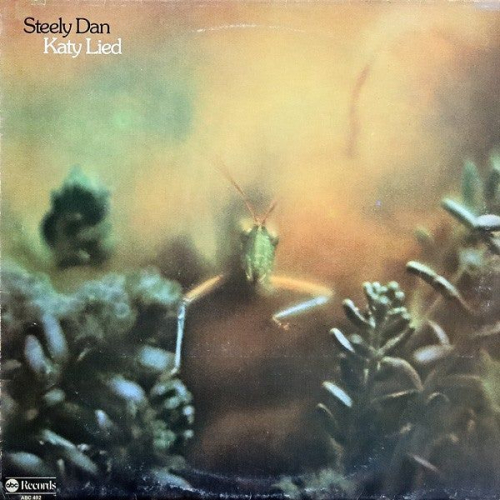 JW: Excited about opening for Steely Dan’s upcoming tour? How did that come about?
DS: Of course. I’ve been a fan of Steely Dan for a long time. In fact, I heard them open for the Frank Zappa Big Band in Lincoln, Neb., in around 1975. My early bands used to play some of their music. Aja is one of my favorite albums. Donald Fagen’s manager reached out a few years ago and we opened for them at the Beacon Theater in New York. Recently, Donald asked his manager to get in touch with me to open their tour this summer in the Northeast. We’re looking forward.

JW: For those who know little about you, what five albums would you suggest as an entry point?
DS: That’s a tough one. Off the top of my head, I would suggest: