Mavin teenage star, Ayra Starr, has dropped her new album titled ’19 and Dangerous’ and we have opinions about it. 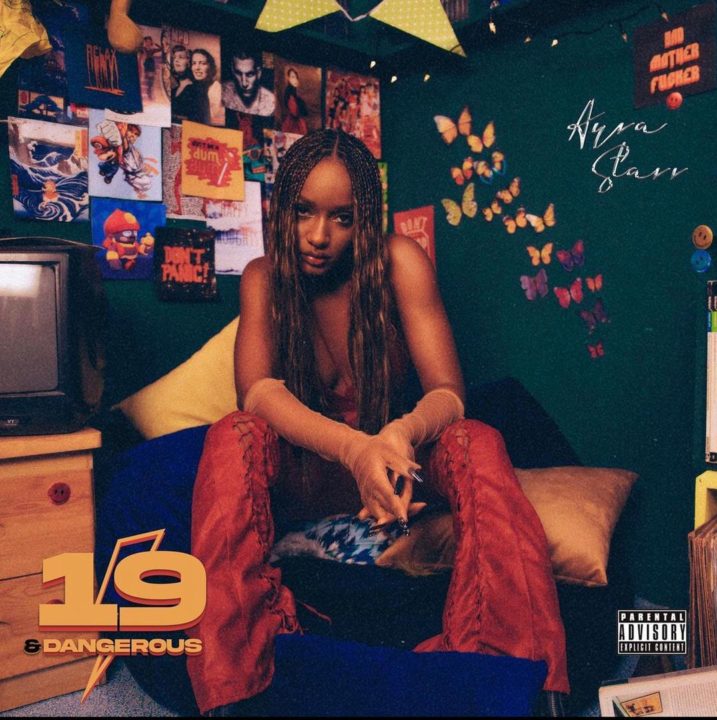 Mavin teenage star Oyinkansola Sarah Aderigbepopularly known as Ayra Starrhas dropped her new album titled ’19 and Dangerous‘ and it is such a solid project.

At 19, Ayra Starr was signed by Nigeria’s heavyweight label Mavin Recordsled by Don Jazzy, in the early part of 2021. Ayra wasted no time in throwing herself into conversations with her self-titled EP ‘Ayra Starr’, which dropped the second day she was signed. The EP housed four songs and it was a decent attempt for a newbie. That EP showed a promising talent, but this new album has solidified the fact that Ayra Starr isn’t here to play.

Making a project entails direction, it entails a theme, it entails sampling a lot of things before reaching a conclusion, it entails recording over 50 songs and putting out 10, among other things. It is work, especially if you get it right. Kudos to the Mavin team (Tega Oghenejobothe COO of Mavin, should get his flowers as well) for highly being involved in the ‘project-inclined’ movement.

Before now, the Nigerian music industry paid attention to singles over projects but that era is gradually fading off as artiste are now expected to bring more to the table than just singles. Putting out a project most times guarantees the versatility and depth of an artist, even if the project is themed around a single idea.

At the top of that ‘project-inclined’ movement is Mavin records who are setting pace for others. They announced Rema with an EP, Ruger (who can be said to be an associate artiste) did the same, and it is amazing to see that their female star, Ayra Starr, has an EP and album out in the space of eight months! A newbie! That is insane! 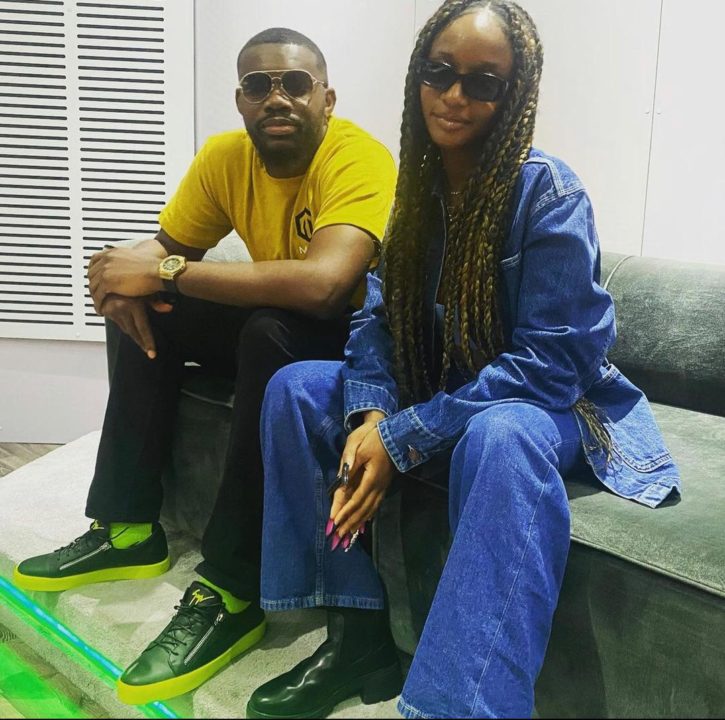 Delving into the album, it was exciting to see that Ayra Starr was given the role of a ‘Lionel Messi‘, freely dictating the game – a playmaker. As a teenager, the project largely revolves around the issues of a typical teenage – heartbreaks, freedom, youthful exorbitance, etc.

You are introduced to the album with a song called ‘Cast‘, aka ‘Gen Z Anthem‘. Interestingly, most Nigerian female pop singers mostly revolve the theme of their songs around love, heartbreak, and ‘being a bad bitch’. Ayra, however, reflects on the confusion plastered on the faces of most teenagers (most people actually) – not knowing who we are, trying to live our lives to please people. Ayra, however, isn’t riding on that boat. She emphasizes on staying true to oneself and enjoying it to the fullest. She says “if I cast then I cast”, which is equivalent to not giving a middle finger to what people think. After all, we all came to this world alone.

Another amazing thing about the intro is the sequence of the beat. It starts with a solemn key while an unknown voice speaks to your very soul about how much we make life problematic for ourselves. The beat progresses to the soothing voice of Ayra, before it drops and the kicks in to properly put you in the groove. A dope intro!

The second song, ‘Fashion Killer‘, produced by Mavin-associate producer Londonswitches up totally to the typically afrobeats gbedu. Ayra is a classic bad bitch in this song. She declares how she is a fashion killer and even has thick thighs to accompany it. What else do you want? Really, what else?

This song has the same feeling as the previously released song off the album titled ‘Bloody Samaritan‘, which was also produced by London. Both songs start with solemn keys (‘Fashion Killer’ -piano, while ‘Bloody Samaritan’ starts with a violin) and all of a sudden switch to a groovy tempo that would have you nodding; there‘s no escaping it.’

‘Lonely’‘ brings the heartbreak part of the story as the bad-girl Ayra, is pleading to have the company of a certain boy. Ayra established the fact that she can sing-sing on this record. Although it was a high-tempo song, she dominated it with her vocals and melodies. Also, she has this style (I’m not sure if there is a name for it) in which she sounds like she wants to break the pitch when singing, but she won’t. I enjoy it!

London makes a comeback in the fourth song, ‘Snitch‘, a soft trap song that had Ayra automatically switch back to her bad bitch vibe. Ayra’s American influence came to play on the song, as she duly delivered on the hip-hop infused jam. She features American singer Fosheé, who came through with a soothing verse (she sounded ‘Amaarae-ish’ by the way). Big respect to the guest, but Ella Mia, Jorja Smithor HE would have been the perfect feature for the song. It might not necessarily be the people’s favourite, but I love the song. It is not the regular tune you get from a Nigerian act.

‘Toxic’ follows in almost the same production direction – soft trap, diluted with afro-fusion elements, the dangerous Ayra Starr eats it up again. By this time of listening to the album, you are rest assured that she brought her A-game to the project.

Moving on, the tempo of the project is completely dropped and, at the same time, elevated to a celestial feel with the song ‘In between‘. The three-minute song is a Celtic tune that puts you on psychedelic trips. The production, vocal delivery, and lyrics aid that cause. It immediately puts you in a reflective realm where you want to pay attention to everything about the song; you are indeed ‘In Between’.

You are introduced to the song with a calm and sexy French voice with smooth accent, going forward, the Yoruba chorus Ayra in the song is commendable. Like angels singing into your ears, Ayra’s voice leads while various voices back it up. Noticeable is the bass backup voice following her closely, singing: “Mi mo mi mo o wa ma lo/o ma wa, oma wa, oma bo…” – A spiritual record. It would be very interesting to get a visual for this song, directed by a cinematographer who can sync people properly into the song with a visual interpretation. A classic!

‘Biggie Biggie‘ sees the vulnerable Arya back in her lover girl mode, to clearly state that even bad bitches do get emotional. The acoustic-dominated ‘Beggie Beggie’ is an afro-pop tune that revolves around begging to be loved. It features a talented Nigerian singer and songwriter, Ckay, who delivers a smooth verse. For a minute, I paused, finding it hard to soak in the fact that Nigerian music has evolved so much, so much that the mainstream is gradually not being tied to the usual fast-tempo songs anymore. Just do you. Both artists did and in turn delivered a dope tune.

The tenth song, ‘Bridgertn‘, is another stand-out song for me on the album. It is what you call a ‘happy song’, like Pharrell‘s ‘happy‘, Black Eyed Pea‘s ‘I Gotta Feeling‘, Childish Gambino‘s ‘Feels Like Summer‘, Robin Thick‘s ‘Blurred Lines’ and so on. When the beat drops, you are assured that you are about to go on an ecstatic ride all through the song. The song themes around self-value, seeing Ayra flexing her riches, her class, her swag, her sauce, her personality! She is a queen and wouldn’t hesitate to show it. It is my favorite song from the project!

Ayra concludes the project with ‘Amin‘, a Yoruba word for ‘Amen’ – a religious positive declaration. Ayra gives hope in this song, assuring you that all you want will come, though she asks if you are really ready for them. The chorus delivered in the Yoruba language radiates positivity. She delivered it in an ancient style – the traditional folk way.

Ayra Starr has shown that she is a force to reckon with and, at this pace, she is definitely going to lead the Nigerian Gen Z music space. ‘19 and Dangerous‘ is a rich and solid album that would definitely stand the test of time. Oh! by the way, the album became Apple music’s number one album in the country the same day it dropped. So yes! Ayra Starr is a dangerous 19-year-old popstar and you should be scared!