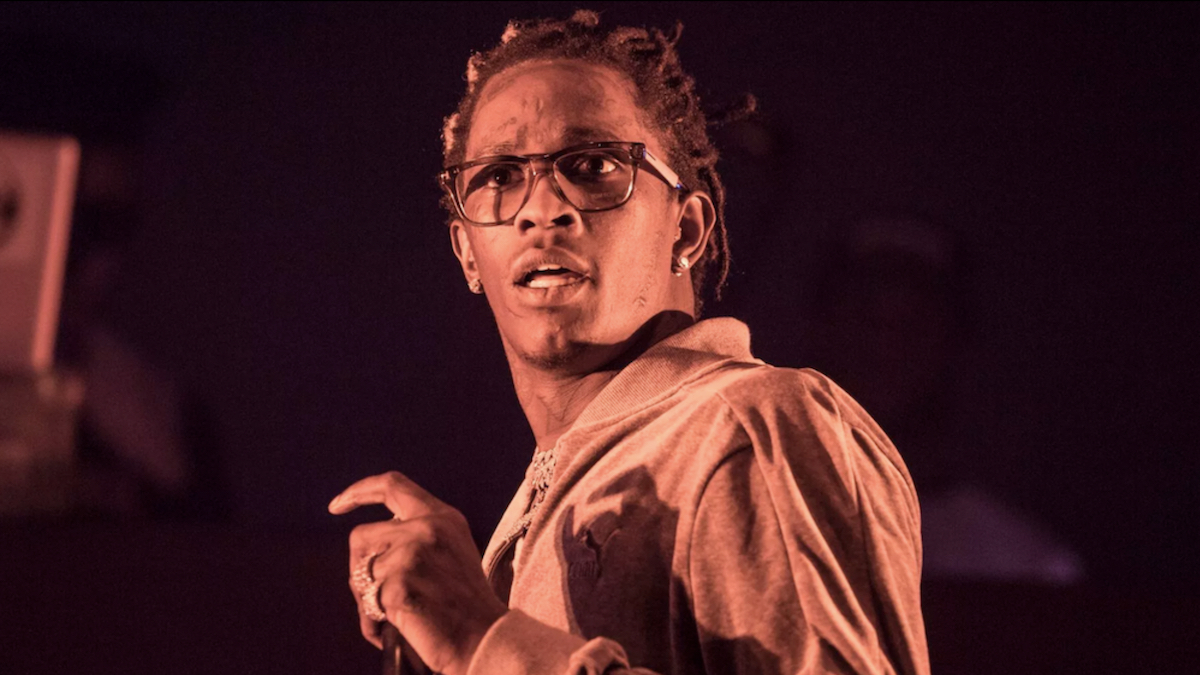 Musical superstar Young Thug, his close associate Gunna, and 26 others have been charged with violating Georgia’s criminal racketeering laws. In a 56-count indictment, Fulton County District Attorney Fani Willis alleged that Thugger’s label Young Stoner Life Records acted as a criminal street gang with ties to the national Bloods organization. He was arrested on Monday, while Gunna was booked Wednesday morning.

The defendants have been charged with conspiracy to violate Georgia’s Racketeer Influenced and Corrupt Organizations Act, or RICO Act, which was closely modeled on the federal RICO Act. To make those charges stick, the DA’s office will have to prove that Young Thug served as the head of a enterprise whose illegal activities came as part of an organized scheme.

RICO Acts are an often misunderstood prosecutorial tool, and this case also involves a controversial district attorney, questions about whether a record label should be treated as a Mafia-like organization, and echoes of past cases, such as the highly-disputed racketeering charges against Drakeo the Ruler. Here’s what you need to know.

What Is Racketeering and What Is the RICO Act?

Racketeering is not one specific crime, but instead a way of thinking about apparently unrelated crimes incurred while running a criminal business enterprise. In order to convict, prosecutors must prove a pattern involving at least two racketeering activities.

The US Government defined 35 racketeering offenses in the Racketeer Influenced and Corrupt Organizations Act of 1970. Among the 35 offenses are extortion, bribery, arson, kidnapping, and murder. It is codified at Title 18 USC§ 1961-1968.

The federal government used the RICO Act to take down organized crime operations including the Chicago Mafia, the Gambino family, the Bonnano family, and the Lucchese family. In more recent years, it’s also been used to tackle corruption in FIFA and the 2019 college admissions scandal.

It’s a powerful prosecutorial tactic, in part because it puts pressure on a lot of individuals. “What prosecutors do, is they walk in and just throw everything out there and see what sticks,” attorney Jason Flores-Williams, a criminal defense conspiracy expert with decades of experience on RICO cases, told Consequence. “They charge conspiracy against a ton of people as a way to get everybody running in to make a deal. And they invariably do.”

Georgia and 32 other states have adopted copycat or nearly identical laws. Georgia’s version is codified at OCGA § 16-14-4.

RICO Acts allow prosecutors to tie leaders of organizations to crimes they didn’t personally commit. This case will hinge on whether Fulton County can prove that the series of alleged offenses was done on behalf of a enterprise, while the defense criminal will try to argue that Young Thug shouldn’t be implicated in crimes he didn’t do. “To beat the case, these guys need to beat the conspiracy,” Flores-Williams said.

What Are the Charges Against Young Thug, Gunna, and Young Stoner Life Records?

All 28 defendants have been accused of a conspiracy to violate Georgia’s RICO Act. Some individuals have been charged with either murder or attempted murder, and other charges include robbery, carjacking, theft, witness intimidation, and drug dealing.

Many of the counts relate to the 2015 killing of alleged rival gang member Donovan Thomas Jr. Five men are charged with his murder, including rapper Yak Gotti, who is signed to YSL Records. Prosecutors believe Young Thug rented the silver Infiniti Q50 sedan that was used in the slaying.

Young Thug himself is also named as the perpetrator of a number of crimes for which he hasn’t been charged, with the DA’s office arguing that he committed “overt acts” in furtherance of a criminal conspiracy. These include possession of methamphetamines with intent to distribute, as well as threatening to kill a man.

As for Gunna, he was charged with one count of racketeering. According to the indictment, he committed felonies including possessing drugs with the intent to distribute as well as receiving stolen property.

Some famous musicians are named in the indictment as victims. Lil Wayne is listed as the subject of an attempted murder, after YSL member Jimmy Winfrey shot at his tour bus in 2015. Besides that, three YSL associates are accused of stabbing the rapper YFN Lucci in jail this past February.

If the jury agrees with prosecutors that Young Thug led YSL Records as a criminal organization, then he could be on the hook for all of these acts. “Somebody does a little weed deal on the side, you can be held responsible for that, even though you didn’t know about it,” Flores-Williams said. “You’re sitting there saying, ‘Half this doesn’t have anything to do with me.’ I’ve never even met most of these guys,’ and you’re still being held responsible.”

Willis, a Democrat, took office in January of 2021 and has been aggressive in prosecuting racketeering charges. She gained national attention for launching a criminal investigation against former President Donald Trump for election interference in Georgia, and even hired a leading racketeering expert to help make a RICO case.

Before that, she made a name for herself as the lead prosecutor in the 2014 Atlanta Public Schools cheating scandal. Willis helped convict 11 educators on racketeering charges, with individual crimes including conspiracy, theft, influencing witnesses, and making false statements.

Since becoming Fulton County District Attorney, Willis has cultivated a ‘tough on crime’ image. She recently called gangs “the No. 1 threat against public safety,” and made the eyebrow-raising claim that gangs are responsible for up to 70% of all crimes committed in Georgia.

At times, she has sought extreme sentences for gang members. She helped indict two men accused of accidentally shooting an eight-year-old girl on 37 counts, many of which were gang related. If convicted, they could face a combined total of 1,000 years in prison — far more than many murderers serve for killing someone on purpose.

As Willis tries to pin Young Thug as the conductor of a vast criminal conspiracy, social justice advocates will closely follow the case, in part because they believe prosecutors have abused racketeering charges against other people.

What Does This Have to Do with Drakeo the Ruler?

In 2019, Los Angels rapper Drakeo the Ruler was acquitted of all murder and attempted murder charges related to the death of 24-year-old Davion Gregory. The double jeopardy clause of the Fifth Amendment prevents a person from being prosecuted twice for the same crime, but the District Attorney got around this by charging him with something new: criminal gang conspiracy.

In California, gang members can be charged for crimes other members of the gang committed, even if they weren’t involved. Prosecutors argued that Drakeo’s lyrics and music videos were violent proof that his rap group, the 2Greedy Stinc Team, was a gang, and Drakeo was its leader.

Despite never being convicted of a crime, Drakeo spent three years in jail, including nine months in solitary confinement. He was only released after he pleaded guilty to shooting from a motor vehicle. His lawyer told NPR that the plea deal only happened because LA County District Attorney Jackie Lacey, who had pursued the case, lost an election to criminal justice reformer George Gascon. According to Drakeo’s team, Gascon might have thrown out the case, and so Lacey looked at close it with a plea deal.

Like Drakeo, Young Thug is being held legally responsible for the actions of his musical collaborators. Like in Drakeo’s trial, prosecutors are arguing that an artistic collective should be treated as a violent gang. And like Drakeo, Thugger’s lyrics and music videos are being offered as evidence.

However, the specific details differ, and the details will make or break the case. Over the coming months and years, we’ll learn quite a bit more about Young Thug’s alleged criminal activities. But there’s one thing we already know: Prosecutors are targeting rappers with broad conspiracy charges.