The Viennese experimental ensemble Studio Dan was founded in 2005 by composer-trombonist Dan Daniel Riegler and since then has kept refining its inclusive aesthetics and has operated on the borders between diverse sub-genres of contemporary music: improvisation, new music, jazz, art- rock and more. Studio Dan has commissioned works by like-minded composers and improvisers like Anthony Braxton, Vinko Globokar, Elliott Sharp, and its mastermind Riegler keeps encouraging compositional approaches from composers that require both improvisation and mastery of the extended techniques of contemporary music, without confining themselves to a distinct genre. 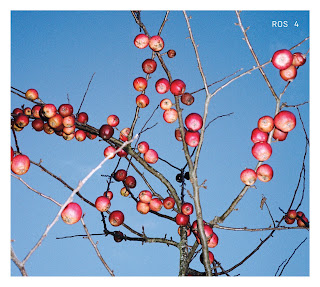 American Downtown New York pianist-composer Anthony Coleman, like Studio Dan, loves to leap wildly between contrasting genres, and most likely he is the only one who can find similarities between the vocabulary of the iconic Viennese composer Anton Webern (1883-1945, who along With his mentor Arnold Schönberg and his colleague Alban Berg, were the core of the Second Viennese School) and the fast and brief phrases of the American no wave DNA (with Arto Lindsay and Ikue Mori) or the grooves of Thelonious Monk. Coleman was commissioned in 2019 to write a cycle of compositions for Studio Dan, and this work was premiered at the Saalfelden Jazz Festival and later presented in Vienna at the Jeunesse Special 2019, where …im Gebirg was recorded live at the Progy & Bess club in October 2019. This cycle of six compositions borrows symbolic expressions and evokes specific aural landscapes, associated with the German-Viennese dialect, but it also reflects Coleman’s unconventional history as a musician, improviser and composer. Coleman plays on piano and harmonium, and Studio Dan features violinist Sophia Goidinger-Koch, cellist Maiken Beer, double bass player Philipp Kienberger, flutist Doris Nicoletti, reeds player Clemens Salesny, trumpeter Dominik Fuss, trombonit Riegler, pianist and sample player harmonium Tiefenbacher and drummer Mathias Koch.

The opening, minimalist piece, “Rotschädel”, references Glenn Branca’s violent and repetitive eruptions (Coleman played on Branca’s debut album, Lesson No. 1, 99 records, 1980), but with a richer orchestral palette, following composer Louis Andriessen advice about such a repetitive strategy: “They set up a kind of field.” This composition and the following one “Echo vom Berg” were inspired by the compilation D’lustigen Weanaleut – Viennese Folk Music from Early Sound Documents 1901-1931 (Document, 1993), but the latter composition suggests a restless and subversive perspective on Berg-ian expressive lyricism, articulated by trombonist Riegler. “Oslip” recalls the Burgenland village that is home to the alternative cultural center Cselley Mühle. It is another delicate and minimalist piece, almost transparent in its ambiance, but here Coleman is conversing with one of his seminal influences, composer Morton Feldman, and offers an arresting and wise perspective on Feldman’s austere aesthetics. “Freudian Heed” is a sort of deep forensic yet kaleidoscopic analysis of the First Viennese School, relying on a theme of Franz Schubert that Coleman re-composed from memory as “frozen moments of Schubert”, but disrupts the Schubert-ian compositional style with Fragmented structure and sudden, dramatic cuts. “Orgelstück” is a free improvisation (and credited to Coleman, bassist Kienberger, keyboards player Tiefenbacher and drummer Koch), cinematic, nervous and unsettling in its spirit, and brings to mind the Sun Ra Quartet, with its vintage electronics keyboards. The last composition “Einundzwanzig” is rooted in jazz legacy, but true to Coleman’s idiosyncratic compositional ideas it offers an impossible but brilliant dance of Schönberg-ian 12-tone rows with the angular contours of Eric Dolphy’s solos. 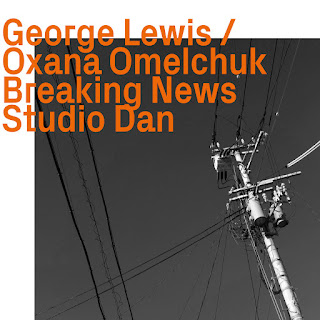 Breaking News collects two compositions that are concerned with aspects of the accumulation of information. ‘As We May Feel (For Chamber Ensemble) (2017)’ by composer-trombonist educator-author George Lewis (with violinist Goidinger-Koch, cellist Beer, double bass player Manuel Mayr, flutist Thomas Frey, alto sax player Salesny, trumpeter Fuss , trombonist Riegler, pianist Tiefenbacher, and drummer Koch). This was recorded at the 50th Edition of ORF musikprotokoll im steirischen herbst at the Helmut List Halle, Graz, Austria on October 2017. The title of this chamber piece refers to an essay with the same title by visionary polymath Vannevar Bush (who was credited with everything from the invention of hypertext to the internet, and even the computer mouse) that predicted a new age in which humanity would extend its intellectual grasp and physical capacity through what is now called artificial intelligence and preserve its thoughts in devices which could contain Alexandrian Quantities of information in highly miniaturized and accessible forms. This philosophical composition translates Bush’s concepts about data linking and association into complex, information-packed musical structures and events, all keep morphing and always find more and more subtle associations between them through the subtle and imaginative improvisations of Studio Dan.

The second composition, the double concerto ‘Wow And Flutter (For 2 Trombones and Ensemble) (2017)’ by Belarusian, Köln-based contemporary composer Oxana Omelchuk, featuring Matthias Muche and Daniel Riegler as soloists (with violinist Goidinger-Koch, cellist Beer , double bass and electric bass player Constantin Herzog, flutist Frey, alto sax and clarinet player Salesny, trumpeter Fuss and Tiefenbacher on piano, synthesizer and sampler), and was recorded at Stadtgarten Köln on February 2018. This work is also concerned with the preservation and access of information, of which art, and thus music, is an important subset, and its title may be clear to anyone old enough to remember the bacon-frying hiss of an early cylinder recording. This is a brilliant and ironic, engaging and urgent post-modern pastiche of references to past and vintage recording technologies, including old recordings of Russian opera singer Feodor Schaliapin and of blues singer Bessie Smith, and certain themes from Omelchuk’s musical memory, especially from the jazz legacy, including from Dixieland, ragtime, blues to Mingus-ian modern jazz, but also from country and rock, arranged as a juxtaposition of musical moments. Brian Morton observes in his insightful liner notes that this composition stands as a reminder that emergent recording techniques brought Russian music to European and émigré American audiences long before electronic communication or rapid travel were possible. 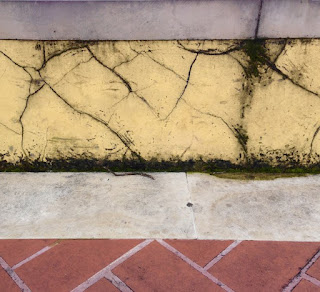 This only 9-minute EP features three compositions by Fred Frith originally commissioned for the ensemble of the American guitarist Paul Dresher and were premiered at Z Space in San Francisco in 2012. Studio Dan’s version (with the same instrumentation, but clarinetist Viola Falb replaces Salesny and trumpeter Spiros Laskaridis replaces Fuss) was adapted by Frith for Studio Dan’s homage to Frank Zappa, and was recorded in January 2019 and January 2021. Studio Dan clearly enjoys exploring Frith’s elusive and complex melodies with its fast-shifting rhythmic games, now orchestrated with expansive, rich and colorful harmonics, that clearly demand the musical intelligence of rocket scientists. 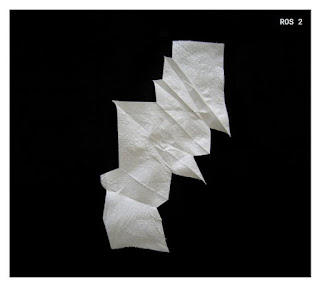 Austrian contemporary composer and sound artist Christian F. Schiller (aka chfs) is known for his sound installations, performances and diverse collaborations. HOHNOR (a blend of the German word HOHN (scorn in English) with HONOR) is a chamber composition for two harmonicas – played by Nicoletti and Falb (with violinist Goidinger-Koch, cellist Beer, double bass player Kienberger, Laskaridis on slide trumpet, trombonist Riegler, drummer Koch Tiefenbacher as assistant drummer), based on experiments of Schiller with a harmonica that he inherited from his grandfather. The album cover artwork is from Schiller’s ongoing found objects collection 0NULL1EINS of the last few leaves of a roll of toilet paper since, as a winking but seriously felt metaphor for transience. Studio Dan commissioned this work from Schiller and premiered it in 2017 at the Austrian Cultural Forum in New York. This 19-minute piece is a bleak and disorienting, almost static and monochromatic drone that features the harmonicas, and Laskaridis’s slide trumpet, with its resonant sonorities as sound generators, as if all these buzzing instruments attempt to defuse the concept of empty honor and deconstruct this term with the scorn it deserves. 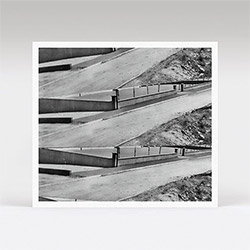 Riegler thoroughly studied Doneda’s radical improvisatory language interweaved cleverly Doneda’s language with his own in this seven-part suite. Doneda’s distinct extended breathing techniques and multiphonic sounds served as a starting point and the ensemble acted as an amplifier or echo chamber and modulator to the micro-dynamic acoustic processes of Doneda’s sax playing. The electronics added another layer of multi-track reverb to the ensemble sounds by real-time processing of the commotion. Fanfare III is another intriguing work of Studio Dan, bold in its sonic vision, unfolds carefully with many mysterious, suspenseful and detailed events. And it elaborates the sonic universe of Doneda in the most impressive way possible.